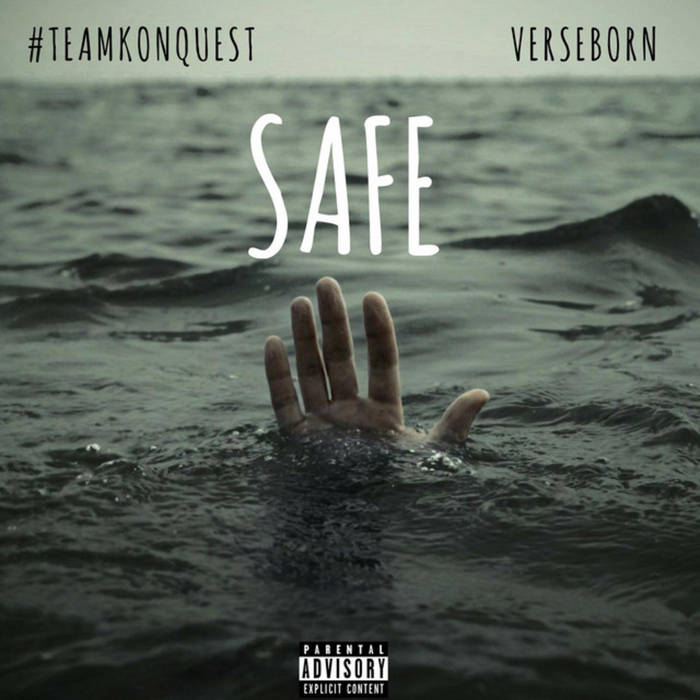 As #TeamKonQuest continues to reignite the Bay Area, @VerseBorn tugs at our heart strings with an emotionally charged ensemble entitled, "Safe".

"Californian artist VerseBorn, co-founder of the KonQuest Now project, has written and produced for many popular artists associated with major record labels including Universal Music Group, Def Jam Recordings, E-One Music, Interscope and more. It goes without saying then, that the prolific creative is amassing a worldwide following with each subsequent release. The latest being his self-produced single “Safe”. From the moment the tracks opens, a sense of epic importance resonates from VerseBorn’s voice. His delivery has never been frail, but the booming melodic bark of his declarations feel more astounding on this project. The chemistry is natural and the delivery is refined. The single toes the line between classic and contemporary hip-hop. It captures the emotion of now, while still pushing for the permanence of an underground hip-hop classic.

The beat is sonically perfect, pitching dark suspense, and inspirational insight. VerseBorncontrols the vocal strength of his delivery, not losing focus and grabbing the listener’s attention bar-for-bar. He paves his way to the song’s defining moments while keeping versatility in his lyric structure and tone.

“Safe” doesn’t contain a single dull moment and holds the listener accountable to embrace it, guiding them along with the emotional narrative. If an established artist would put half this energy and creativity into their music, we wouldn’t have to hear about how broken the industry still is.

VerseBorn starts with tenacity from the get-go. The melodic delivery, the professional wordplay, the polished vocabulary sprinkled with deep introspective analysis. In fact, what makes “Safe” such an outstanding project overall is how easily you can personally connect with the story and message behind the track.

VerseBorn is having doubts, asking questions, and making statements that we ourselves are driven to make from time to time, as he sings “Before I open my arms to you. You’ve got to make me feel more comfortable.”

Listening to “Safe”, it becomes increasingly clear that VerseBorn’s comprehension of music paired with his lyrical brilliance far surpasses what most fans had already presumed. His stylistic singularity as a hip-hop artist, his refusal to compromise on his goals, his authenticity as both a rapper and producer, as well as his ongoing maturity, is all done without even a hint of self-righteousness.

“Safe” isn’t his first good project, and it most certainly won’t be his last. VerseBorn is on a mission and won’t be denied. He is an artist that relies on determination and inspiration, over and above his talent. To listen to him is to hear somebody who is trying to reach out to the people."