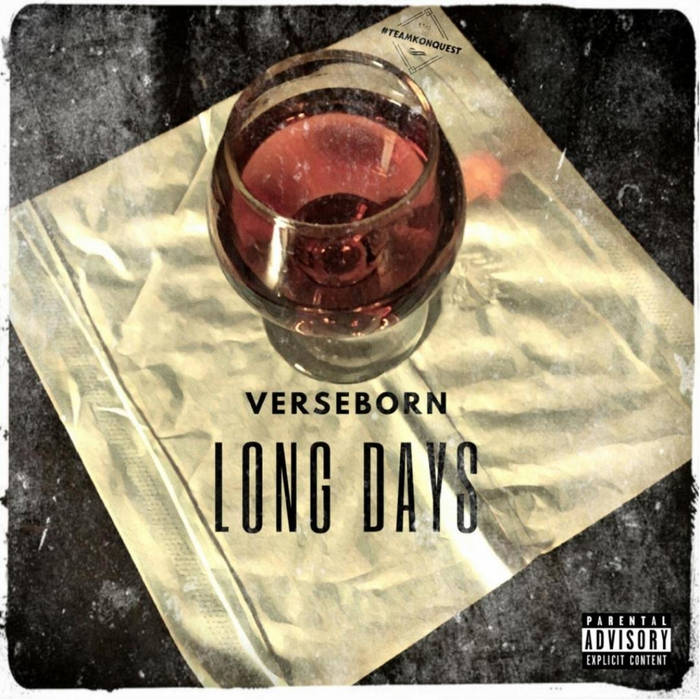 @VerseBorn returns with another self produced banger entitled, "Long Days".

"The new installment of Verseborn’s continuing series of single releases proves he was focused on staying on form. “Long Days” is a solid track with more than a handful of glowing moments and ultimately is an impactful release. A few seconds in, and you can tell this will be big. It has a slow, daunting piano and bashing drum build-up, before the artist launches himself into the arrangement with the melodic hook, and then slides into the verse.

Raised on Wu-Tang, Verseborn also takes inspiration from Talib Kweli and RZA. Hailing from California, where he is a member of KonQuest, the artist has worked with many record labels including Universal Music Group, Def Jam Recordings, E-One and others.

The beat on “Long Days” drops like an explosion we’ve come to expect from Verseborn, and moves ahead like a thrashing crocodile in turbulent waters. The Californian rapper and producer jump-starts the track with his high energy and electric flow.

Verseborn sounds good, bending his style a bit, but not too much where it’s awkward. I like this slow and steady tempo, feels like popping a bunch of speed and running on a treadmill in slow motion. The power and loudness of the piano and drums are ridiculous.

Verseborn really must have loved this beat because he is riding these verses with blistering confidence. You can tell when a rapper has a lot to get off his chest by the amount of space they take up on a beat, and Verseborn is going strong here, ripping the beat with passion and zeal.

He raps, sings and produces like he has multiple personalities. Sounding larger than life he truly burns a hole into the beat. After 5 minutes it is clear that Verseborn is still producing hard beats and telling interesting tales that put you into his world and mindset.

Verseborn is the rapper he has always been, likely the rapper he will always be. The formula has built him a loyal following and an immense amount of support for his authenticity and dedication to producing what’s real.

Personal moments happen in flashes, enough to make you believe that you know Verseborn a little better than before listening to this project. He’s like a flame that’s determined to burn each song down. And it’s intriguing to watch him glow on “Long Days”, especially when you realize that his fire is destined to get a whole lot hotter in future!"