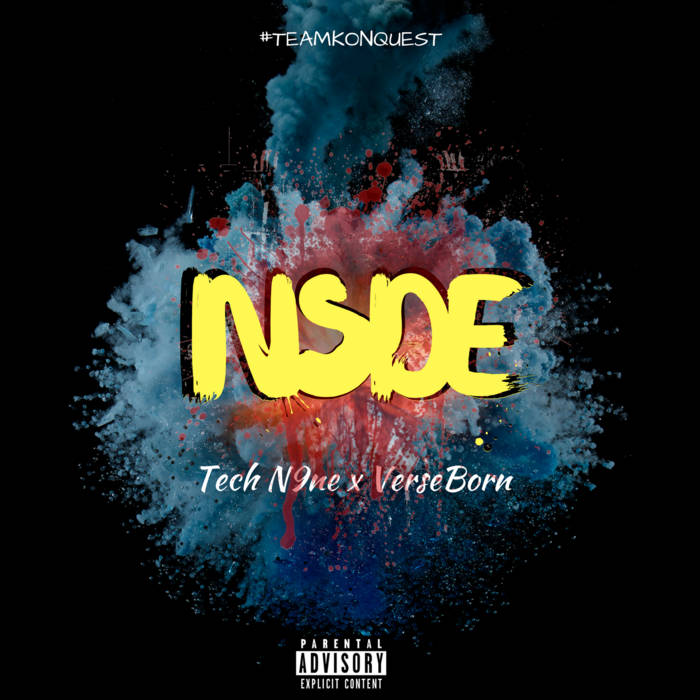 VerseBorn, the valiant villain with venomous vernacular, sanctions the airwaves as #teamkonquest rocks alongside the midwest's musical monstrosity, Tech N9ne, on the exclusive new banger- "Inside". Both emcees deliver a captivating onslaught of lyrical mastery as they take a deep introspective dive into the realms of unstable minds.

While touching on topics that hit close to home for many listeners, each artist paints a vivid image of the realities and tribulations many of us deal with on a constant basis. We live in a society where most people view those in need from a standpoint of judgment instead of from a place of understanding and empathy, allowing toxic frustrations to manifest in many forms.

Stream "Inside" now to help you think twice before passing judgement on those going through turbulent times.