by Wreck The Rebel 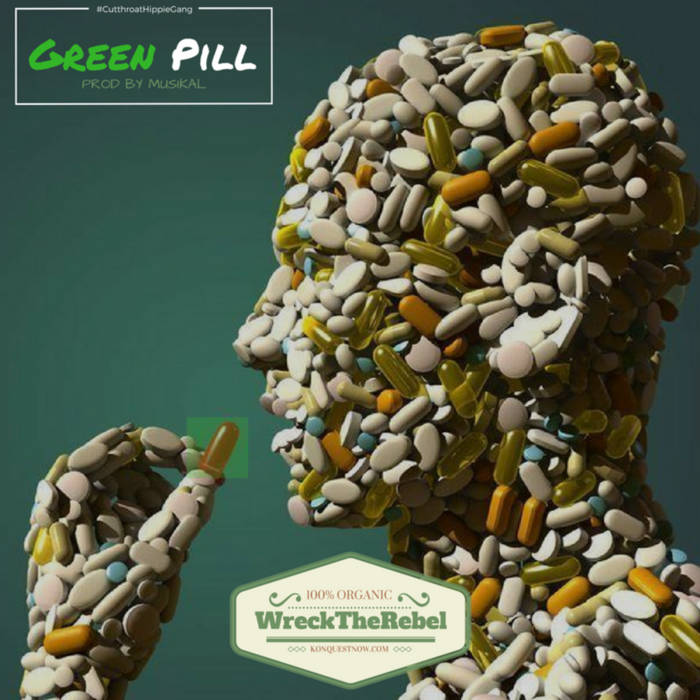 Wreck The Rebel whisks listeners away to a melodic wonderland in his latest release, "Green Pill", produced by Musikal. As the smooth texture of the old-school instrumental is flipped out with a contemporary hip-hop bounce, Wreck The Rebel aka "Silver Tongue", twirls illustrious metaphors to-and-fro creating an exciting and entertaining journey.

While comparing mundane life to medication riddled excursions, Wreck's word-play and witty lyrical prowess draw the listener in with every line. "Green Pill" also showcases Wreck The Rebel's versatile cadence as he effortlessly switches up the flow multiple times adding to the alluring aesthetics.

Download and/or stream "Green Pill", the first single from the upcoming project, "Peter Is Dead" and prepare to embark on a vividly riveting voyage with Wreck The Rebel.

released September 30, 2016
Written By: Wreck The rebel
Prod By: Musikal